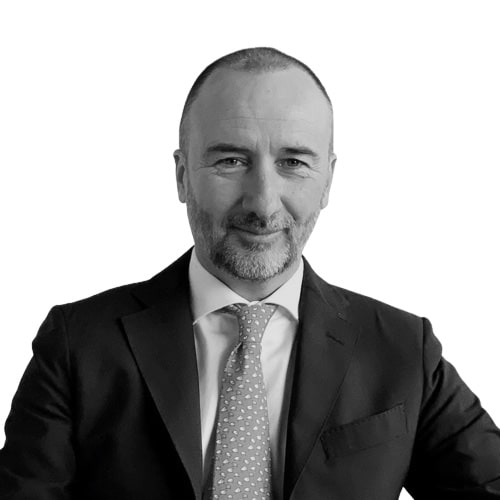 Graduated in Economics from the University of Turin ‘cum laude’, he developed his career in international financial and professional institutions. His professional experiences begin with Ernst & Young and then move to JPMorgan, an American merchant bank where he has the opportunity to work on cross-border transactions of major European multinationals.
Afterwards, his professional career moved to private equity by joining the Italian team of Barclays Private Equity.
He remains engaged in the world of private equity for more than ten years, carrying out transactions for a value of € 327 million out of 24 transactions with an average return of 1.7x the capital invested, and is part of the European fundraising team capable of raising two funds for a total of € 4.15 billion.
In 2014 he founded Faberstone Capital which proposes itself as a permanent capital investor in long-term industrial projects. He develops a first project in the food sector and through three acquisitions he manages to create a consolidated reality in the fresh pasta sector.

The second project concerns the creation of the first Italian operator in the development and management of hotel structures with the condo hotel formula.
Marco is scrupulous and concrete, with a strong focus on objectives and a stubbornness typical of entrepreneurs. He grew up in Anglo-Saxons where transparency, reputation and team-working are essential values. He believes that intellectual curiosity and the urge to always improve are the engines of every project.
He strongly believes in the value of the team and is convinced that it is the ability of a group of people to work together that allows them to reach important goals.