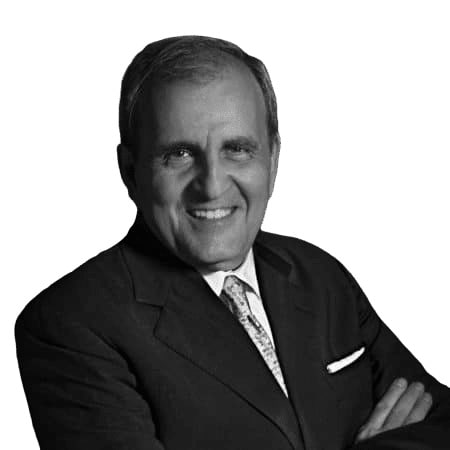 Over thirty years of international and professional experience led him to work in some of the most celebrated hotels in the world from Canada, the USA, Australia, London, Paris, South America and the Caribbean. From 1992 to 1995, he held the position of CEO for the Caribbean and Western Atlantic USA area for the Forte Hotels & Resorts chain based in Nassau, Bahamas, where he was responsible for 10 hotels located in the most important islands of the Caribbean and Bermuda. . Since 1995, he has held the position of General Manager of the Forte Village Resort in Sardinia and from 1998 to 2005 he also became CEO – Italy and Switzerland – for 8 hotels belonging to the Le Méridien Hotels & Resorts chain, including the famous Hotel Gallia in Milan. , Hotel Eden in Rome and the Hotel Des Bergues in Geneva.
In June 2007 he also became a shareholder and member of the board of directors of the MITA Resort group which, in addition to the management of the Forte Village, owns Castel Monastero in Tuscany and La Maddalena Hotel & Yacht Club in Sardinia. Since 2013 Lorenzo Giannuzzi has been CEO and General Manager of Progetto Esmeralda srl, the new company that owns Forte Village, of which he is also a shareholder.
At the end of 2017, Progetto Esmeralda srl ​​acquires the suggestive Palazzo Doglio in the heart of Cagliari from which a structure that includes a five-star hotel and a prestigious apartment complex will rise. In January 2019 Lorenzo Giannuzzi becomes a shareholder of the historic Grand Hotel Palazzo della Fonte in Fiuggi.
For several years Lorenzo Giannuzzi taught Tourism Marketing at the Faculty of Tourism Sciences of the University of Cagliari.
Lorenzo Giannuzzi was awarded numerous personal awards, such as the Manager of The Year, the Guido Carli Award, the Excellent Award and the Luxury CEO of the year 2018. In 2006 he was awarded the prestigious Honoris Causa Degree in Tourism Sciences at the Academy of Tourism of Moscow.
Among the most important international awards in the tourism-hotel sector that attest to the undisputed leadership of Forte Village, we mention: the Hotel of the Year, the Condé Nast Travel, the Prix Villégiature – best Resort in Europe, and the Five Star Diamond Award. The Italy Best Wellness Retreat award at the World Spa Awards, the Best Hideway Spa Resort and the Best Family Spa, are added to the highly coveted World’s Leading Resort, a prestigious worldwide recognition in the sector, achieved for 21 consecutive years.