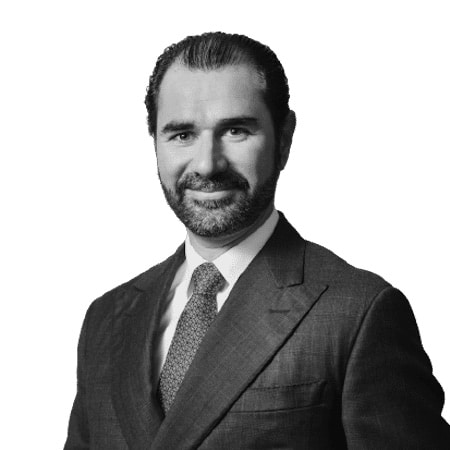 Guido Polito was born in 1977 into a family of hotelkeepers. His father, Roberto, is the founder of Baglioni Hotels.

He was born in Punta Ala and spent his early childhood at the Baglioni Resort Cala del Porto, the first property of the Collection.

He got his high school diploma at the Grosseto Scientific, and was involved in the hotels’ management alongside his father ever since he was a child. As he matured and understood more about the mechanisms involved, he decided to complete his studies at Bocconi University, in Milan, taking courses in finance and marketing that would reinforce the family company’s management approach.

After graduating from Bocconi, he took a position at Banca Intesa’s London branch, where he worked as a Credit Analyst for a year and a half.

He was about to leave for New York, for an MBA at Columbia University, when he was captivated by the activities around the opening of the London hotel, and decided to devote himself to them full time.

In 2003, he returned to the Milan headquarters, to develop operations and define company processes and standards in order to create a corporate culture. His approach to management and growth is strongly based on the activation of the management base and establishing contacts with international investors. Guido Polito has made important contributions to the growth of Baglioni Hotels also through the creation of a new design concept and a considerable enhancement in human resources.

Until 2011 he held the position of Vice President of Operations, completing his education with a course at Cornell University.

Following the changes in the market and the development of the sector, above all in terms of sales and new technologies, his father, Roberto, appointed him CEO.

Guido is married to Maddalena, and the couple have a son who is named after his grandfather, Roberto.